One is an economist by training, the other is an engineer. Pierre Bellagambi and Simon Lillamand are two childhood friends who made mosquito control a thriving business. When you spend all your holidays in the Camargue, mosquito bites, in fact, you know the problem well. But it was after the publication of a scientific article by Dr Brigitte Poulin, Head of the Ecosystems Department of the Tour du Valat Research Institute in Arles, that they are concerned by the catastrophic impact on the environment of current large-scale mosquito control methods. Even today, Bti (Bacillus thuringiensis subsp. Israelensis) is the most widely used bacterio-insecticide in mosquito control in Europe and around the world.

END_OF_DOCUMENT_TOKEN_TO_BE_REPLACED 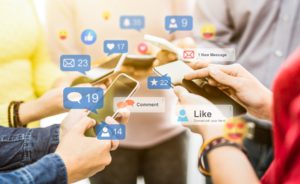 New research has put the ever-changing role of the influencer into the spotlight, revealing demand from consumers for authentic, genuine, and transparent influencer content.