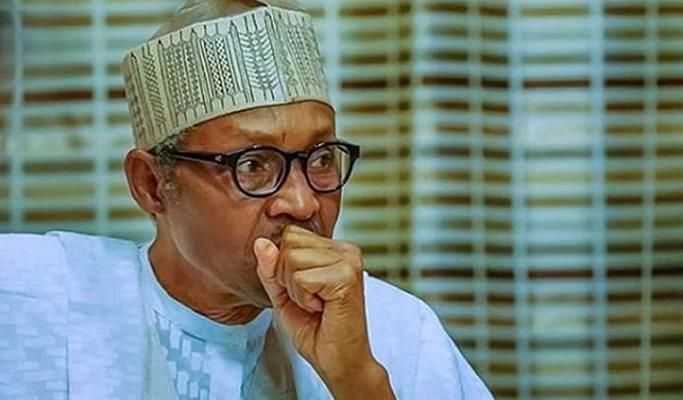 The Central Bank of Nigeria is expected to have destroyed over N6tn worth of mutilated and old banknotes when the regime of the President, Major General Muhammadu Buhari, (retd) expires in May 2023, an analysis by The PUNCH has shown.

Already, data obtained from the annual reports of the currency operations department of the CBN between 2016 and 2020 showed that the apex bank destroyed mutilated banknotes worth N4.1tn during the five-year period. Our correspondent could not readily obtain data on the amount of mutilated banknotes disposed off by the central bank in 2021 and 2022 as of press time on Sunday.

The move will bring the total amount of naira notes destroyed by the current administration to at least N6tn.

The CBN Governor, Godwin Emefiele, announced on Wednesday that the bank would release re-designed naira notes by December 15, 2022.

Emefiele made this announcement during a special press briefing in Abuja  where he gave reasons for the move.

According to the CBN governor, the move is aimed at controlling currency-in-circulation as well as curbing counterfeit currency and ransom payments to kidnappers and terrorists.

In a related development, further findings showed that N3.88bn was spent by the CBN to destroy the N4.1tn mutilated banknotes disposed off between 2016 and 2020.

The development came as some stakeholders continue to criticise the CBN over the plan to redesign the naira notes.

However, experts are divided over the move with some saying the action would worsen inflation.

Speaking on the amount of money spent by the apex bank to destroy old notes as well as the potential cost of printing the new naira notes that will take effect by December 15, 2022, a former Assistant Head of Research at the CBN, Professor Jonathan Aremu, faulted the decision of his former employers.

He said, “Changing of currency notes is not an essential monetary policy tool. Our CBN is part of politicians, so people may read this intention as political geometry for hidden reasons. I am yet to be convinced of the basis for this. Buhari did this in 1985 under his military regime, to do the same again under democratic governance is not clear.

“Some people have said it is part of monetary recklessness and prodigality since it will give opportunity for huge contract and expansion of money supply amid an inflation crisis being faced by the country.”

Similarly, an economic expert and a former member of the CBN’s Monetary Policy Committee, Professor Akpan Ekpo, described the move by the apex bank as ill-timed and one that would further fritter away the much-needed funds from the nation’s coffers.

According to him, the time constraint that will be involved in flushing out the currency-in-circulation will cause untold hardship to Nigerians living in rural communities with no access to banking facilities.

Ekpo said, “The cost will be very high. They are trying to mop up liquidity to curb inflation. The poor people in the villages, and the farmers will suffer because they don’t have access to banks. They will face a lot of hardship to go to the bank and queue up.

“There are elections coming up. The timing is not good. I don’t think it will have much impact. Our inflation is structural.”

Ekpo also slammed Emefiele for insisting that there was no legal obligation for him to consult anyone before taking the decision.

He added, “There are a lot of things that are not legalised. Normally, in economics, monetary and fiscal policy must coordinate for the good of the country. So, even if you don’t need to talk to anybody, you should let the Minister of Finance know what you are doing.

Also registering its dissatisfaction with the move by the CBN, the Lagos Chamber of Commerce and Industry said redesigning the banknotes, which it said should not be a priority now, was a waste of the nation’s time and resources.

In a statement signed by its Director-General, Dr Chinyere Almona, the chamber said the organised private sector was already enduring a lot of disruptions in local forex supply, exchange rate, and interest rate shocks.

The chamber also predicted that the naira would likely experience more exchange pressures that might further weaken it against major currencies if more people decide to buy foreign currencies as an alternative store of value.

It added that the CBN needed to be more innovative to establish appropriate policies and take actions that would drive down the inflation rate and strengthen the value of our naira.

Similarly, the Nigerian Association of Chambers of Commerce, Industry, Mines, and Agriculture in a statement, described the move as a waste of resources.

The statement partly read, “This will certainly take some money to implement. But,  we believe the necessary resources have been expended for a good cause.”

Meanwhile, the CBN had said it would in the next 100 days mop up N3.23tn from circulation to tackle rising inflation.

Emefiele made the announcement during the special briefing in Abuja.

Emefiele said both the funds within and outside the banking system would be mopped up beginning from last Wednesday to January 31, 2023, to the CBN’s vault to control rising inflation.

They said following the redesigning of the local currency, almost N3tn would be destroyed from the N3.23tn being mopped up

Meanwhile, the naira maintained its downward trend as it traded 785 to the dollar on Friday. This happened barely a few days after the CBN announced its decision to begin the circulation of new banknotes in December.

Bureau de Change operators in Ikeja, Lagos and Abuja, who spoke to one of our correspondents, said the naira fell from 780/dollar to 785/dollar. They said they purchased the local currency for N775/dollar.

BDC operators at Allen, Ikeja, who identified himself as Alhaji Ibrahim Bello, said, “We are selling the dollar today at N785. I don’t know what it will be on Monday.”

Another Abuja BDC operator, simply identified as Sanni Gambo, said, “The dollar has been rising. It is N785 today.”

The CBN maintained the official rate at N438.5 on its website.

Meanwhile, findings showed the country’s external reserves dropped by $1.16bn in five weeks amid forex injections by the CBN to defend the naira value.

Meanwhile, Buhari on Sunday said that the decision of the CBN to launch new designs and replace high-value naira notes had his support and is convinced that the nation will gain a lot by doing so.

Speaking in a Hausa radio interview with the famous journalist Halilu Ahmed Getso, and Kamaluddeen Sani Shawai to be aired Wednesday Morning on Tambari TV on Nilesat, Buhari said reasons given to him by the CBN convinced him that the economy stood to benefit from a reduction in inflation, currency counterfeiting and the excess cash in circulation.

He said he did not consider the period of three months for the change to the new notes as being short.

‘’People with illicit money buried under the soil will have a challenge with this but workers, businesses with legitimate incomes will face no difficulties at all,’’ he said.

In the interview, the President also addressed issues of food security and national security, among others.