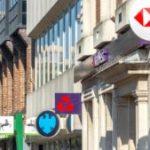 Britain’s four biggest banks are set to report combined annual profits of about £33 billion this year thanks to rising interest rates as speculation mounts that Jeremy Hunt will raise taxes on the industry to repair the public finances.

Third-quarter results next week from HSBC, Lloyds Banking Group, NatWest and Barclays are expected to show they are on course for a strong year. The scale of their profits, based on analysts’ predictions, could bolster the case for Hunt, the new chancellor, to hit the industry with higher taxes.

A plan to freeze corporation tax has been reversed by Liz Truss’s government. But Hunt has not disclosed what will happen to the additional 8 per cent surcharge paid by banks. Without it being lowered, the combined rate on banks will rise to 33 per cent. Rishi Sunak had planned for the surcharge to fall to 3 per cent as corporation tax rose, meaning an overall 28 per cent rate.

The Financial Times reported on Tuesday night that Hunt had not made a decision on the surcharge, raising fears at banks of a higher tax rate. Every percentage point increase in the surcharge raises about £200 million. NatWest shares fell by 2.4 per cent after the news emerged, Lloyds lost 4.7 per cent and Barclays declined by 2.2 per cent

While City figures warned that higher taxes would harm competitiveness, they are likely to prove popular with the public. Banks already risk a backlash next week as their results will show their margins have been buoyed by higher interest rates. This is because they have not passed on much of the Bank of England’s increases to savers.

“At a time when banks are benefiting from significant interest rate rises, this could be a popular move,” Ben Jones, co-head of global tax at Eversheds Sutherland, the law firm, said of raising taxes. “But careful consideration should be given to this measure in a post-Brexit world where the UK is trying to sustain its reputation and attractiveness as a global leading financial services hub.”

The surcharge applies to profits in the UK. This means Lloyds and NatWest, with overwhelmingly domestic operations, would be hit hardest.

City analysts expect Lloyds to unveil third-quarter pre-tax profits of £1.8 billion and for its annual profits to amount to £7.2 billion. NatWest is forecast to have earned £1.3 billion in the three months to September 30 and £5 billion for the year.

Barclays, which also has a big business in the United States, is estimated to have made pre-tax profits of £1.8 billion in the quarter, rising to £6.9 billion for the 12 months to the end of December. HSBC makes most of its money in Asia and is expected to generate annual profits of $16.1 billion this year.

Last year bank profits were boosted after they released provisions made during the Covid pandemic in 2020. In 2019, the four banks made combined pre-tax profits of about £25 billion.

The Treasury said: “The chancellor and PM have been clear that difficult decisions will be required to restore economic stability and no options are off the table.”