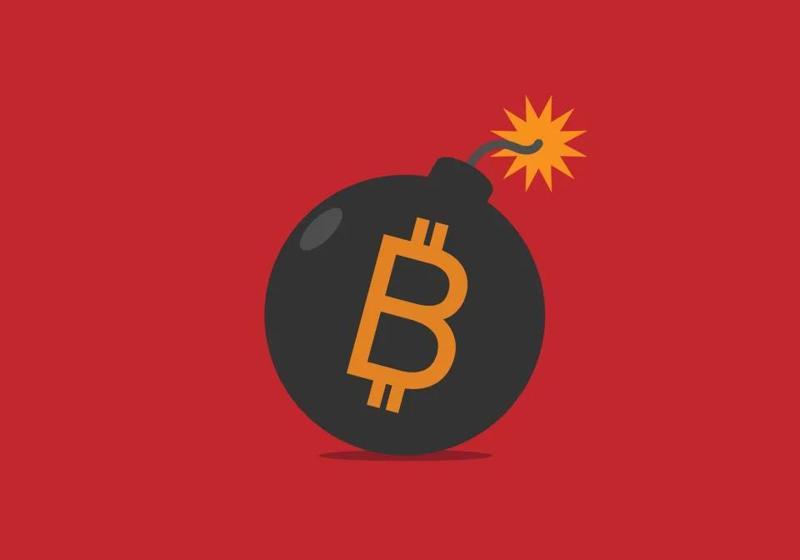 Less competition may seem like a good thing for cryptocurrency exchange Coinbase (COIN -7.23%). A major competitor essentially disappearing overnight would be a godsend in nearly every industry. Imagine if Pepsi just packed it in. Or if FedEx decided that packages just weren’t its thing.

The collapse of FTX, which turned out to be a toxic stew of fraud and sloppy accounting, is the latest hit to the collective confidence of crypto speculators. It’s still not known how many billions of dollars in client funds are missing, or if those funds will ever be recovered. Worse, other crypto companies that custodied assets with FTX are now facing their own crises. Cryptocurrency lender BlockFi, for example, is reportedly preparing a bankruptcy filing of its own, according to The Wall Street Journal.

The king of nothing

Coinbase doesn’t appear to be directly exposed to FTX in any meaningful way. The company said it had little exposure to FTX and no exposure to the FTT token, which has collapsed in value. The real problem, though, is not direct exposure.

Cryptocurrency was a bonanza during the first two years of the pandemic. Not only did the price of Bitcoin soar, but so did the price of myriad other tokens. Non-fungible tokens tied to images were fetching millions of dollars each . Companies popped up promising too-good-to-be-true rewards for depositing cryptocurrency. It all worked as cryptocurrency prices continued to soar.

As cryptocurrency prices began to sink earlier this year, the fragility of the crypto economy started to rear its ugly head. Companies started to fail. Crypto lender Celsius filed for bankruptcy in July after freezing customer assets; the $60 billion Terra network imploded when its crypto backed stablecoin collapsed; and crypto hedge fund 3AC fell apart after once managing $10 billion in assets.

Each failure individually is not particularly problematic for crypto as a whole. What is problematic is when these failures cause a cascade. Counterparties to failed companies face crises of their own, then counterparties to those companies come under pressure, and so on and so forth. Those who hold and trade crypto currencies have no idea who to trust.

One bull case for Coinbase is that the company can emerge as the last man standing. Presumably, it’s not doing anything shady with its customer deposits, and it has around $5 billion in cash to ride out the current storm. As other cryptocurrency exchanges collapse around it, Coinbase can act as a beacon of stability.

The problem with this argument is the assumption that this storm doesn’t mark the end of the cryptocurrency industry as we know it. Bitcoin will still be around, but at this point, trust has been shattered. The era of easy profits trading nonsense digital currencies is probably over. And if that’s the case, Coinbase will sit on its throne as the king of nothing.

Coinbase could fail, too

Coinbase is no immediate risk of failing, assuming its financial statements are accurate, and that it doesn’t have some outsized exposure to something yet to collapse. But its entire business depends on retail investors being willing to pay a premium to buy and sell cryptocurrencies. All its other revenue from services is also ultimately dependent on continued interest in cryptocurrency trading.

Coinbase has been catering to institutional investors, but it generates very little revenue from those transactions. And institutions burned by a never-ending stream of scandals may start to think twice about getting involved in the cryptocurrency markets at all.

Despite Coinbase’s cash-rich balance sheet, the bond market is screaming at the top of its lungs that something is wrong. Notes issued by Coinbase in late 2021 that mature in 2028 are currently selling for 56 cents on the dollar. Rising interest rates explain part of this collapse, but not all of it. Bond investors clearly don’t like what they see.

Coinbase has made progress cutting costs, but it’s still burning through its cash as revenue tumbles. Cash and cash equivalents declined by $2.1 billion during the first nine months of this year. Even if Coinbase gets through this “crypto winter,” the idea that interest in cryptocurrencies will surge anew like it has in the past requires a leap of faith.

My guess: Bitcoin will stick around as a novelty, but certainly not as “digital gold”, and everything else will fade away. That’s not an environment where Coinbase can succeed.